The luck of the Irish was on the side of the Bay City All Saint Cougars as they move on to the No.14 Quarterfinals. The Cougars defeated the North Huron Warriors in the No.28 Regional final 62-54, for their second straight Regional championship. The Villano "Towers" were very effective on defense, rebounds and scoring. TTS unofficial stats had Justin Villano with18pt, Thomas Villano 15pt, and Drew Janer 14pts, for the All Saints. North Huron leading scorer was Eric Dhyse with 17, Sean Clancy chipped in 13, and John Schramski dumped in 8pt. Also would like to point out that the North Huron team stayed on the court floor as medals & plaque was presented as a show or respect and good sportsmanship.
Bay City All Saints will face off against Marine City Cardinal Mooney in the Quarterfinals to be played at Waterford Mott High School on Tuesday, March 23rd, with start time to be determined. 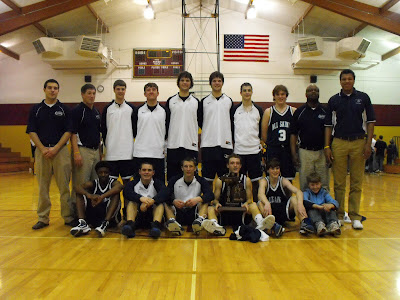 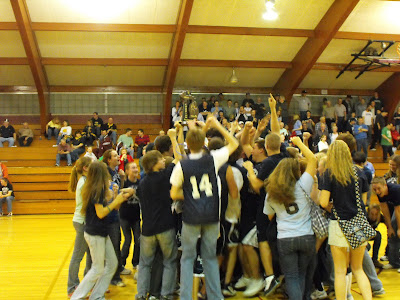 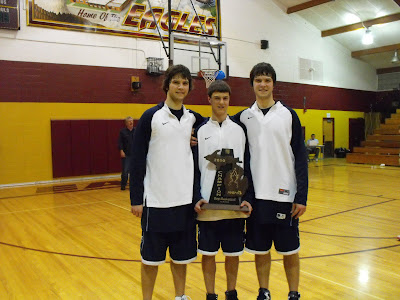 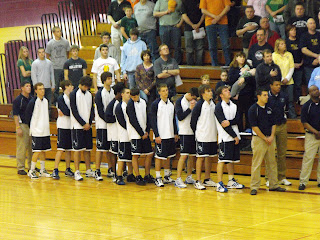 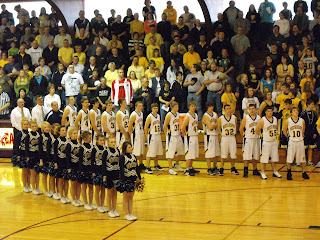 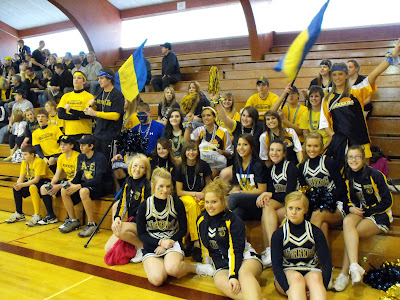 Didn't anyone get that shot of Eddie between the twin towers? LOL

We would have, but Ed gets Vertigo whenever he gets between tall people. :)