We remember our good friend Chris Ogryski who passed away just over a year ago. Thumb Tailgater Sports and the thumb area sports reporters and those abroad who came to know Chris Ogryski through his job as editor & sports reporter at the Huron County Press honor his memory. We miss him dearly and will always remember the many ways he touched our lives and hearts. God bless you Chris and your family who we will continue to support.
Chris Ogryski's last time on a Thumb Tailgater Sports webcast.

Thumb Tailgater Sports returned with a live internet streaming audio webcast of high school girls basketball action. It featured a Greater Thumb East clash of the Sandusky Lady Redskins at the Brown City Lady Greendevils.
The Redskins (11-0, 4-0) are still undefeated overall, while the Greendevils (10-2, 3-1) on Tuesday suffered their second loss overall and first loss in league play against the feisty and tough Marlette Lady Red Raiders.
**Also it will be back to back nights of live webcasts. This Friday, Jan.29th; Thumb Tailgater finally ventures back to the Greater Thumb West with coverage of the boys basketball game featuring the Vassar Vulcans at the Cass City Red Hawks. Special guest will be sports reporter Paul Adams of the Huron Daily Tribune.
**Apologies to those who were trying to log on to the girls basketball game between Brown City & Sandusky. We were on live, but not on the Channel 1 link. The Replay of the game is set and ready to listen to again at anytime.
Instead - I (Eddie Fury), made a bone head miscue and put the game on the "Sportsline Live" Link. You can however listen to the replay of the game. This situation has been corrected so it won't happen (cross my fingers) again in the future. All live basketball games will be live on Channel 1, unless we have double coverage on that same very night. Only then will we also have Channel 1 & 2 running with our split coverage.
- In the T.T.S. game of the night, Brown City Lady Greendevils played tough defense against the Sandusky Lady Redskins and at the half led 23-14. But Sandusky solved some of their shooting woes and came back with their own defensive play in the 2nd half and was able to come back to tie it up 25-25 with 3:35 left in the 3rd Q, and then finally taking lead of the game with a Whitney Fox 3 pointer making it 28-27. The last moment that Sandusky led in the game was in opening minutes of the 1st Q, 2-0. The Lady Redskins put on a nice clinic with 36 second half points to the Lady Greendevils 15 points.
Unofficial stats: Leading scorers for Sandusky; Emily Hale 12pt, Whitney Fox & Lauren Krause each with 11pt, and Kelcey Stauffer with 8pt. For Brown City; Samantha Gierman 21pt, Alena Sanson 11pt.
By Quarters
1st Q: Brown City 13, Sandusky 9 / 2nd Q: Brown City 10, Sandusky 5
3rd Q: Sandusky 20, Brown City 9 / 4th Q: Sandusky 16, Brown City 6
Sandusky could now take a stranglehold of the Greater Thumb East League Title with their rematch at Marlette on Thursday, February 3rd. In their first meeting Sandusky defeated the feisty Marlette Lady Red Raiders 48-38.

thumbtailgater@gmail.com
Posted by Eddie Fury at 1:41 AM No comments:

Some big games tonight in high school basketball coverage of the BWAC, GTC, NCTL & TVE.
Thumb Tailgater Sports will be back on the internet super highway with a live internet streaming audio webcast of high school girls basketball on Thursday, Jan.27th. That will feature the first GTE league meeting of the Sandusky Lady Redskins at the Brown City Lady Greendevils.
**A reminder; you can find all the replay archived game & show webcasts on the left top side of the blog.

Almost at the halfway mark of the Thumb Tailgater Sports high school basketball season. We recap  last weeks action and talk about the upcoming big games on the Sportsline Live!, webcast show starting at 10pm!

Thumb Tailgater Sports returns with a live internet streaming audio webcast of high school girls  basketball.
Friday night features a NCTL South battle with the Memphis Lady Yellowjackets (7-4) at the Deckerville Lady Eagles (7-3) in their first meeting of this season. Both teams are undefeated thus far in league play. See a full report on this game in the Huron Daily Tribune.

It's a very light night of Thumb Tailgater Sports coverage area of high school basketball. But all games on the list beg to have a competitive edge to them.
Thumb Tailgater Sports will also be back with a live audio webcast of girls basketball action this Friday. It will feature the league play of an NCTL South throwdown with Memphis Lady Yellowjackets at the Deckerville Lady Eagles!

It was a loaded night of high school basketball in the coverage area of Thumb Tailgater Sports. We had a live internet streaming audio webcast of boys basketball action of the Blue Water Area Conference.
It featured league play of the Yale Bulldogs at the Imlay City Spartans.

Here are the latest area high school basketball standings for the week ending January 16, 2011. If there is a correction that needs to be made alert us to it!
Tune in for "Thumb Tailgater Sportsline Live!", Monday night starting at 10pm. Chat, call in or email us.

thumbtailgater@gmail.com
Posted by Eddie Fury at 8:05 PM No comments:

Thumb Tailgater Sports returns to the internet waves with a live streaming audio webcast of a doubleheader of girls & boys basketball action that features the Almont Raiders at the Croswell-Lexington Pioneers.

Thursday Tip In Of H.S. Basketball

Thumb Tailgater Sports returns back with a live internet audio webcast of high school basketball this Friday night of a girls & boys doubleheader game in the BWAC. It features the Almont Raiders at the Croswell-Lexington Pioneers. Coverage starts at 5:45pm.
**The archived webcasts of this seasons coverage of high school sports in our coverage area can now be found on it's own page. The link is located at the top right corner of the blog.
** Of note, the Tuesday score of the girls basketball game between Memphis & Peck has been received and corrected. Memphis 48, Peck 37

Thumb Tailgater Sports will return with a couple of live webcast of high school basketball action this Friday night. In the meantime league play continues across our coverage area of teams.

We re-debut our live sports show now on every Monday night starting at 10pm for "Thumb Tailgater  Sportsline Live!". 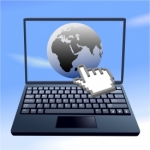 Call if you can, or email, or chat live with us on the live USTREAM chat board or leave a message on our Skype Sportsline # (to chat directly on skype you need a skype account). All the info for the following can be found on the blog or just listen live and find out the many ways to participate.
Thumb Tailgater Sportsline Live Link, Jan 10, 2011 Edition
MONDAY GAMES
GIRLS
Birch Run 62, St.Charles 56
North Branch 37, Millington 30
BOYS
Deckerville 68, Akron-Farigrove 62
Carsonville-Pt Sanilac 85, Port Hope 22
Kingston 67, Caseville 51
Memphis 51, North Huron 43
Peck 64, Owen-Gage 16
Posted by Eddie Fury at 11:21 PM 9 comments:

In a late breaking decision Thumb Tailgater Sports is back again with another webcast of high school girls basketball. It features sort of a "civil war" of the NCTL - South vs North! Deckerville Lady Eagles facing off against the Port Hope Lady Bluestars! Many key players of last years team have now graduated but there a few players still around on both sides. Enough so for Port Hope who would like a sweet victory to make up for last years loss to the Lady Eagles in the Regional Championship game.
Coverage starts at 7:15pm.

Thumb Tailgater Sports is back with a live internet webcast of high school girls basketball!
It is a GTE league battle that features the Marlette Lady Red Raiders at the currently undefeated Sandusky Lady Redskins. Coverage starts at 7:15pm.

There was double take of the face as some teams pulled off some big wins on Tuesday, January 4th. Notable was the Elkton-Pigeon-Bay Port Lady Lakers winning by one point over the Brown City Lady Greendevils.
The Owen-Gage Lady Bulldogs bites the North Huron Lady Warriors with an overtime win. It adds to the fact that the girls NCTL North Title is now quite wide open with Port Hope, Caseville, and a still hopeful North Huron all in the mix.
Deckerville Lady Eagles soared to a nice victory over the Carsonville-Port Sanilac Lady Tigers in the NCTL South, which like the North may not be decided title wise until the end of the regular season! Memphis stays as the favorite after their hard fought battle over Kingston.
The Marlette Lady Red Raiders continues their invasion in the Greater Thumb Conference with a whipping over the Unionville-Sebewaing Lady Patriots. Marlette will next try that same result in a big league division game at the undefeated Sandusky Lady Redskins.
That girls basketball game takes place this Thursday and will be live on the internet with a audio streaming webcast on Thumb Tailgater Sports!
Over in BWAC boys action, it looks like that the major contenders could be Yale & Richmond, who both remain undefeated. But it is still to early to tell. Almost the entire BWAC teams involved all have major chances to grab a share of the title.

Thumb Tailgater Sports has a live internet streaming audio webcast of BWAC league play on the hard court. It features boys basketball action with the still undefeated Algonac Muskrats at the Capac Chiefs. Coverage starts at 7:15pm.
*Of note this year is the amount of varsity doubleheaders in the Tri-Valley East and Blue Water Area Conference this year. Tri-Valley East will pretty much have their doubleheaders with both boys & girls through the rest of the season on most nights.
The Blue Water Area Conference doubleheaders of both girls and boys basketball games will usually be on Friday nights. So look forward to plenty of coverage of those Friday games to be covered on Thumb Tailgater.

thumbtailgater@gmail.com
Posted by Eddie Fury at 3:16 AM No comments:

Monday night marks the start of the 2011 year of high school basketball with much league play also getting underway throughout the week.
Thumb Tailgater Sports is preparing for the first game of the 2011 year this Tuesday, Jan.4th in boys BWAC action with the Algonac Muskrats at the Capac Chiefs.
All in all it is a lite night of basketball.

thumbtailgater@gmail.com
Posted by Eddie Fury at 4:26 AM 3 comments:

Thumb Tailgater Sports returns in the 2011 new year with more high school sports coverage and the re-debut of our new weekly local sports show, "Thumb Tailgater Sportsline Live". It will be a live internet streaming webcast starting Monday, January 10th at 10pm EST. And it will be every Monday night until further notice. You will also be able to call in live or chat live (that is better to do, as our sportsline # may be tied up with a special guest). You can find the links on the Thumb Tailgater Sports website, or on a future post on the blog.
Also on the website we have updated our list of scheduled events utilizing "Google Calendar". It is on the home front page of the website, and will list the dates and times of our future live internet streaming webcasts.
Speaking of high school sports coverage we get back to the hardwood floor this Tuesday, Jan.4th in a Blue Water Area Conference battle of boys basketball action with the Algonac Muskrats at the Capac Chiefs.
Then Thursday, Jan.6th features girls basketball with the Marlette Lady Red Raiders at the Sandusky Lady Redskins. Coverage starts at 6:45pm for both games.
Posted by Eddie Fury at 7:11 PM No comments: