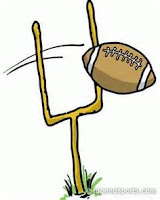 Our Live Webcast of the Divsion 5 State Semifinal with *Algonac versus Grand Rapids West Catholic
played at Battle Creek Harper Creek ended our season coverage as the Falcons defeated the *Algonac Muskrats 17 - 0.

Other coverage area *teams did not make it to next round